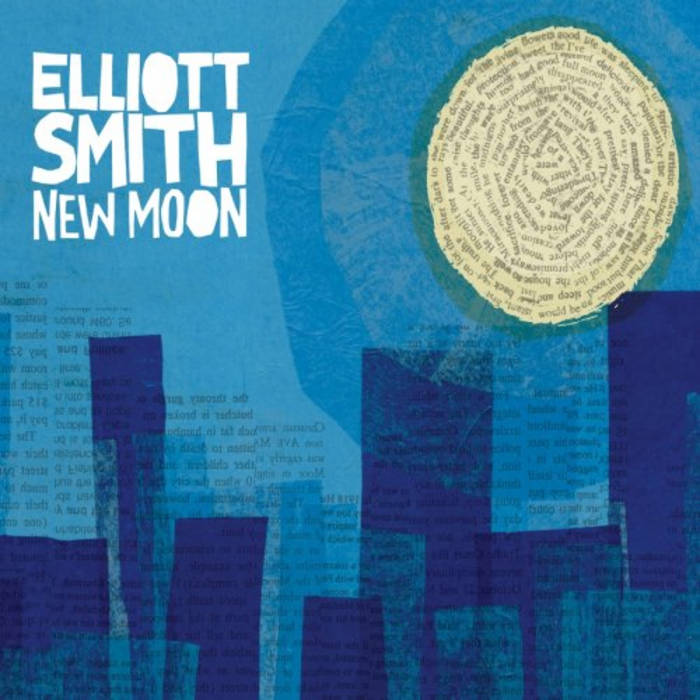 Matt What were we talking about again? it's over when i say so. Favorite track: Almost Over.

adam Anything is better than nothing. Favorite track: New Monkey.

Alec L. Critten A rare instance of a posthumous album done right. It says a lot about Elliott's pure talent and selectiveness regarding his albums that even his outtakes are far better than many artists' crowning achievements (some of my favorite songs of his are actually on this album). Favorite track: New Disaster.

Daniel Conley Such a gorgeous, angry album, it's incredible that these songs were Smith outtakes and rejects. Favorite track: Looking Over My Shoulder.

Compiling 24 unreleased tracks, New Moon features a raw and virtually unmodified look at Elliott Smith’s early period as a solo artist. Recorded between 1994 and 1997, the songs on New Moon capture Smith on the crest of a creative wave, having been written around the time of his acclaimed self-titled LP and the seminal Either/Or. While often understated and sparse, the songs on New Moon and their accompanying liner notes present a version of Smith that is inherently hopeful and brimming with the possibilities of burgeoning success. A must-listen compilation for anyone seeking the complete picture of Smith’s creative life.